Being fans of Connor Jessup we were eager to see latest film, Closet Monster. But after a year of waiting, we almost gave up on seeing the indie film. Finally this week we got to watch the Stephen Dunn creation, so here is what we thought of it.

As a young boy Oscar Madly witnessed a brutal homophobic hate crime and was scarred by it. As he grew up he questioned his own sexuality and looked to others to help find answers and find out what it means to be normal and/or in a functional family.
Oscar has only Gemma (Sofia Banzhaf) and a ‘talking’ hamster named Buffy (the voice of Isabella Rosselini) who help him discover who he is.
His parents divorce and his mother (Joanne Kelly) leaves the youngster with a drunken, narrow minded bigot of a father (Aaron Abrahams), to grow up with doubts and questions he dare not ask of his only parental guide.
It seems that his mother moves on and re-marries or something, but it’s hard to tell as you only see the briefest of moments showing that other life and other family. but she reappears throughout the film, again, leaving us asking is this the first time he has seen her, or is she always around? We don’t get any answers. 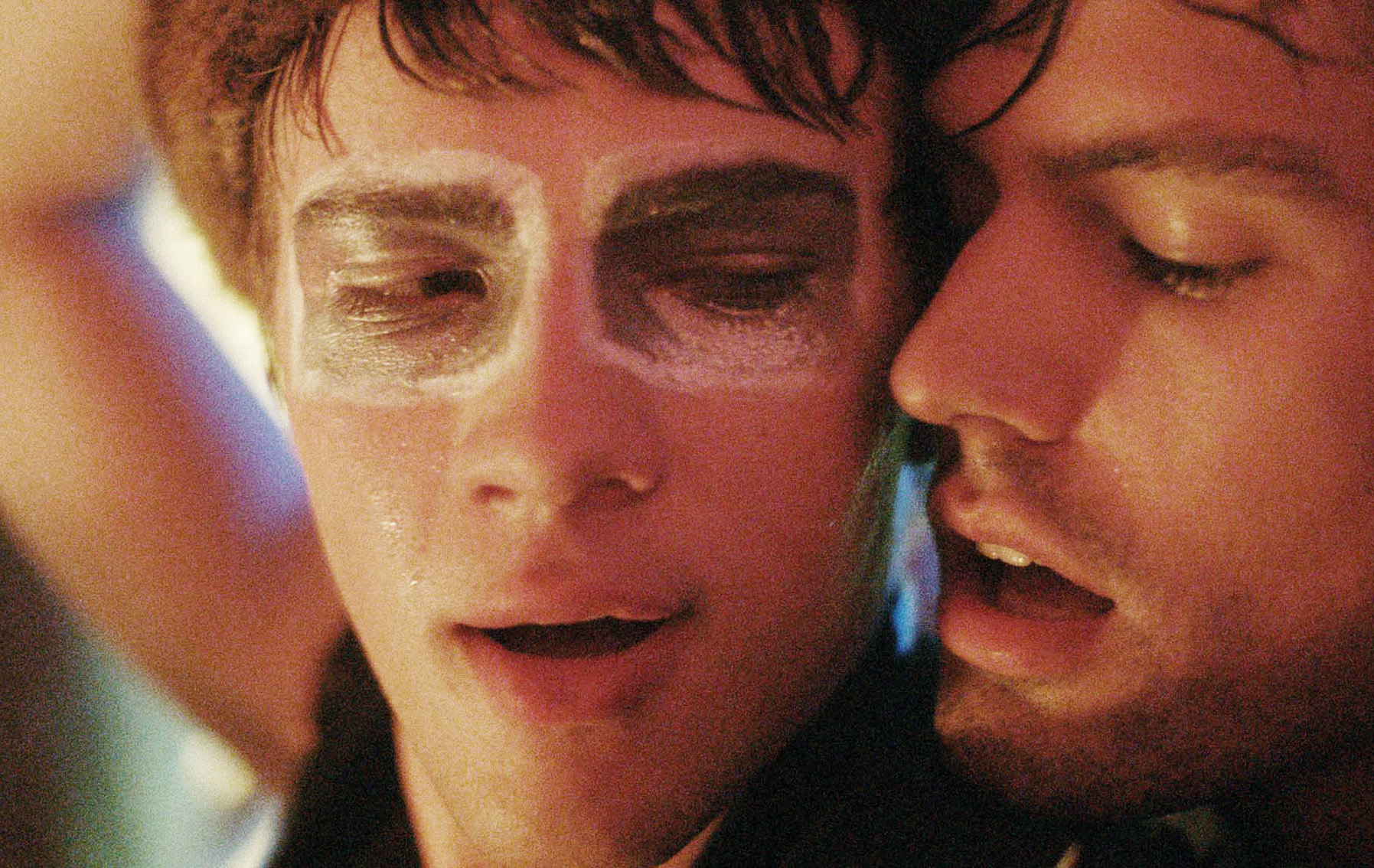 Oscar channels his inner darkness through his art – visual effects make-up – working his creations on Gemma who suffers his moodiness and rude/spiteful jabs at her.
He applies to one college, confident in his ability an his portfolio, but his work is dated and lacking whatever it is that is needed to get him the attention required and he is soon rejected, sending him into a downward spiral on a ‘shitty day’.
A party, where a potential love interest gives off mixed feeling and a bad day at work all add to his darkening mood and send him spiraling out of control.
Drugs, drink and sex, result in a mass of dredged up images, memories and emotions for Oscar and he looses control.

Her:  Normally when watching an indie films you can tell in the fist 10 minutes whether it is going to be slow and tedious or weird and wonderful. This had more ambience and direction, thus giving it more oomph! I wasn’t sure what this was really about before watching it, only that it had Connor Jessup in it and he played some form of gay or questioning character. After Blackbird I thought it was going to be much the same but with make-up! It wasn’t. Closet Monster was in fact a quirky ‘coming of age’ story, not your usual boy meets boy and falls in love, but boy gets hamster and gets counseling from a rodent, who teaches him it is ok to be yourself. Though it’s not all about the hamster, I found it was mostly about how parents relationships and ideals influence their children. Oscar couldn’t really find where he belonged, whether he was gay, whether it was wrong, if he wanted to live with his father, mother or just get away to college and start afresh. I think that even though the film left you with a lot of questions it was not unlike life. In all I would recommend this to anyone who likes a good indie and all those in the LGBTQRWFJYDS…. community.

Him: With many indie films there is a lack of atmosphere, music or background noise and ambience that build the layers under the images and help the scenes along. But thankfully Closet Monster had this and good acting from some surprising actors (Isabella Rossellini as a Hamster, I mean really? cool! and Joanne Kelly – Mika from Warehouse 13 ) they helped pull this deep emotional tale along It’s clever and interesting, there are questions and many remain unanswered. Like his mother’s role in his life and why is his father such an arse? But it plays out well enough, if a little stagnant at times, a little slow or flat in others, but Jessup plays his usual confused individual, is this actually him? Is he really this confused? He seems destined to be cast in this role forever or under he works out who/what he is in real life, then we may see something else from the Canadian actor. In all, was it worth the wait? Well probably not, but if we had stumbled across it with no pre-conceived possibilities then it would have been an entertaining evenings viewing and that said if you happen to find it to watch then give it a go!