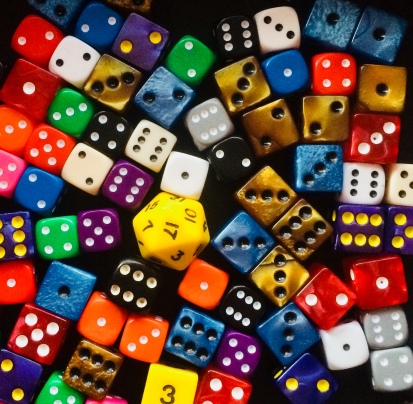 Have you ever seen people playing Dungeons & Dragons? Have you ever thought it might be fun? Or have you always secretly wanted to play, but aren’t geeky enough, or more over don’t have enough geeky friends to play with. Or even you know of D&D and don’t like the restricting rules. Well we kind of answered yes to all of these. So when Ash discovered a random YouTube channel called Table Top Time he discovered something knew, something different, an alternative Dice and Paper Role Playing Game called Cogent Role Play and after a fair bit of persuasion, convinced Bob and a few friends that a game night was a good idea.

Cogent Role Play is a new variant on the old systems of Dice and Paper Role Playing. In the traditional D&D players gather around a table, (probably in their parent’s basement!) and create characters based mostly on random dice throws and pre-set rules pertaining to what type of characters can be and how they could progress. Turns were taken in set ways, the story followed a pre-arranged order and nothing was really left to chance, only the Dungeon Master’s pre-written story. 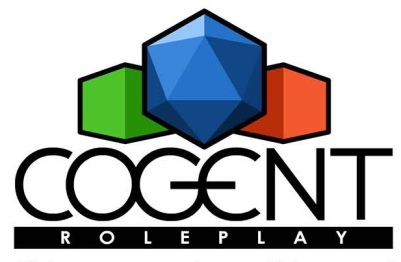 Cogent has gone right back to the beginning and started afresh, taking what was good about Role Playing Games (RPG) and getting rid of the rubbish. So for example in D&D, a Wizard can have magic, but he will never wield a sword or a Ranger may shoot a bow, but not cast magic etc, a player can have certain attributes but not others,  Players set out and have choices on a path to go left or right, usually ending up at the same points anyway and facing a pre-determined selection of demons and traps with every turn. It is limiting, If you wanted to be a sword swinging Mage and to go back to that inn you past and play cards, or simply run away from the scary monster, you couldn’t! Your path was onward, ever onward.

But this new game plays it different, there are no set paths, A Ranger can learn and cast a fire spell, hell you don’t even have to be a mage, ranger, orc, goblin, dwarf or whatever, you can be a time trapped robot or a bored housewife if you want, because rule one of cogent is there are no rules.

Well there are rules and lot of them (available here), but you get my meaning.

Before Christmas Ash convinced Bob that we should play it, then we set about asking friends, finding out who would be interested and were surprised at the responses, those we thought would be up for it, said no and some we thought would laugh in our faces, actually agreed, if a little trepidatiously and after some more reminders, rules books sent (but never read) a date was set. In all we ended up with 5 of us.

Ash set about coming up with a back story; A medieval land where magic exists, with 5 randoms races that live there and where a war wages far away, a band of travelling actors roam the land in search of an audience – and a bit of looting and adventure along the way! He did draw some artwork of the races and a land map, just to give some more context, (but this isn’t needed if it seems too much work)

Then we bought the obligatory crisps, dips, treats, snacks and of course BEER!!

Other than that all you need are some printed Character Sheets, the rule book, pencils and a lot of dice – like 50+ D6 Dice (buy them from eBay) they are cheap there.

Cogent’s rule system works simply like this. You need a minimum of 4 people, (3 players and a Narrator). Each player has a character sheet, they create the character upon it, given the back story, the races that live in the world and the basic parameters, (that the Narrator has previously created), then they start creating their own character, with 2 points to spend on 3 of the base attributes, Strength, Reflex and Intelligence. Then skills are associated to those Attributes, such as Skills = Athletics, Grapple, Swim & Aim/Throw. While Intelligence = Deception, Persuasion, infiltration and Survival. Player choose their own skills, as well as their vocations, their history, morals and goals. 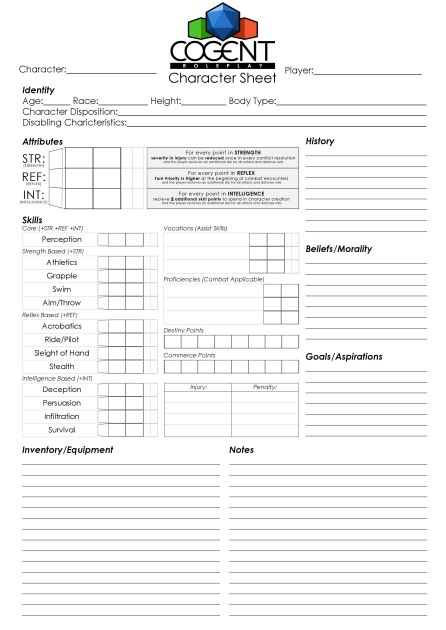 Then with all that done, they can set out on their new adventure and they can go where ever they want. The Narrator (not called a Dungeon Master in this) sets out a simple start and then they are set free. As a narrator it is your task to have some pre-made scenarios but to be fluid and allow the game to play out as it would, not to make the group head towards the castle where the princess in being held captive, even if they want to visit the pub!

Our party started off by telling their stories, who they were, what abilities, proficiencies and skills their possessed and of course there is always one! That smart arse who has to be clever and create the Mexican Luchador Wrestler character in a medieval fantasy land, but that said, he did throw himself into the role and quickly grasped the rules. The others found the dice counting a little confusing but we managed to work it out. For the most part the confusion came with the numbers of D6 dice each throw required, which basically goes something like this. Each player has a base of 3 D6 dice, then  for each appropriate attribute or skill that the scenario depicts they add the associated number of additional dice to their throw. With Skills, Proficiencies and vocations a player may end up with 10 or more dice to chuck into the pot. Any dice that land showing a 4, 5 or 6 are a win. Armour and Strength may add to the win and disabling aspects may deduct wins from the score.  Our intrepid bunch quickly found conflict with some disgruntled farmers and quickly had to learn the pro’s and cons of life on the road. A fight broke out and though they won, it was not with incident.

The game continued for a couple of hours and we wound it up having defeated a fire demon, with talk of ‘next time’ and ‘we already have our characters, so we can get more game play in’. So that sounded positive and hopefully we will gather once more for an evening of laughter, beers, crisps and more crazy antics of Mexican Wrestlers, magic and lost medieval worlds or maybe adventures in space, or even a zombie apocalypse, who knows!

It made for a different evening, rather than just going to the pub or a club and we will see where the next adventure does take us. Have you played Cogent? Or are you a die hard D&D player? Have you ever secretly wanted to play but were sure you couldn’t find like minded friend to play with? Hopefully this post will encourage you to find a few friends and make up a story and spend a silly evening together and guarantee you’ll end up with one player trying to be a Luchador in a Mystic realm. Please do tell us of your experiences, your adventures and check out our Social Media on Instagram, Pinterest, Twitter and Facebook.

Until next time good gaming!