The Regent’s Canal in London is 200 years old this week. But the canal isn’t just a waterway for Narrowboats, but for so much more.

The Regent’s Canal is just 9miles long and starts at The Thames at the  Limehouse Basin and goes North and then West past Mile End, Victoria, Shoreditch, Angel, King’s Cross Camden, Regent’s Park, St. John’s Wood, Paddington – Little Venice and then on North West out of the Capital. But it’s the London Sections we love. 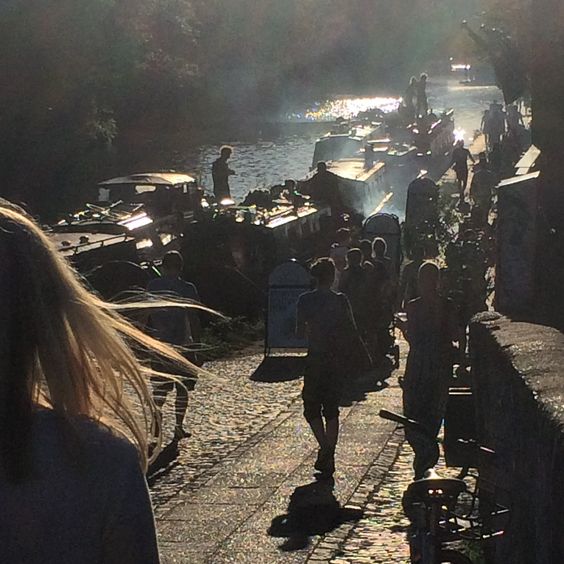 Well mostly Ash! He is a ‘Gongoozler’ that is a Canal & Narrowboat lover who doesn’t own a boat. If he could change that he would in a heartbeat, but as it stands one of the 6′ wide, 50’+ boats is not a live aboard option. – Maybe one day!

A UK Narrowboat is a unique craft, usually 6′ wide (a Narrow Beam), and anything from 20′ to 70′ long, there are of course Wide Beams, a full 12′ wide, double width of a standard boat and all have variations of Traditional styles, modern Cruiser styles or mixtures of old and new (Semi Trad). Some are Hydro Powered, or Battery powered, but most still run on Diesel and are heated by coal Fires. Inside the narrow space is filled with everything a modern home has just a little bit more compact, think a Japanese Apartment, on the water.All in all it’s a fairly old fashioned way of living and moving, usually at a speedy 2mph.

Some people take to living aboard a Narrowboat, to escape the rat race, others buy a boat as it’s cheaper than a London flat, while others dream of it their entire lives then sell up and make a life change. Much like the Magnus & Wendy whom we interviewed a few years back, they shut up their farm in Queensland Australia and bought the Narrowboat Nutshell and moved across the world to cruise the navigation – and rate the best beers in the UK too!

But it’s not just the boats that frequent he whole of the Narrowboat Network that give’s the Regent’s Canal its appeal, the towpath is a lovely place to walk and many do especially on hot summer weekends. Commuters have discovered the escape on their way home on Summer evening and streams of people stomp the path taking shortcuts between places like King’s Cross to Camden or to simply enjoy the water and the sights from the unique viewpoint.

The waterway runs adjacent or even through a number of the Capital’s major hotspots and there are a fair number of shops and cafes on the side of the canal too and we have tried out a fare few in our time as Climbing Moss. Especially in Shoreditch, Camden and Kings Cross.

There is a well known Boat Book Shop at King’s Cross, a On-Boat Barbers, A few Coffee Shops and even markets where boats congregate and sell everything from Antiques to Paintings, Food to Beer.

But this was a lot different 200yrs ago when the canal was the workhorse through the country. Boats were towed by pack horses and carried everything from coal to grain, from the north to the south of the country. The Regent’s was the way through to the Docklands and then the ships could be loaded and the goods shipped around the world.

But now, 200 years later what can you do down on the towpath? Well as we said there are a lot of bars and cafés to visit on the canal and just a few paces away and We would like to recommend a few of our favourites. So let’s start at the beginning, and with something a little random…

Moo Canoes run a cleanup every month on the Canal, not in Narrowboats but yes you guessed it, they provide you with a canoe and send you off along the Limehouse section to collect rubbish on a Wednesday Evening (Summer) & a Sunday Afternoon (Winter) You paddle about and pick out the tin cans and plastic that stupid people throw in – but to plays Devil’s Advocate here there are no bins on the Canal Towpath, except at the L-Sans and Water Points for Boaters to empty their boats at, so it’s inevitable that there is going to be rubbish – But the clean up gives you an excuse to get on the water and paddle about and have fun, while doing a service to the canal and the community. 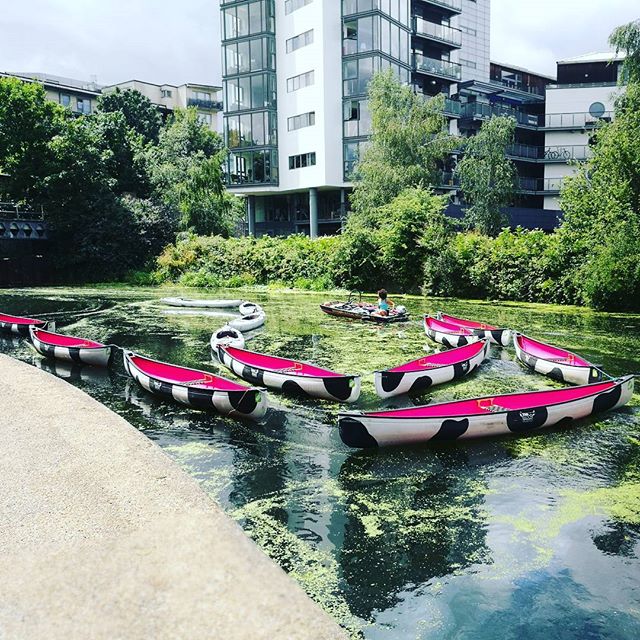 Next up is a special place for us. Mile End Climbing Wall, backs right on to the canal and Ash’s life has centred around this place.

Across the park from the wall is the next place, a pub, the Palm Tree, this is an odd place, seen in many a film and TV show, the Palm Tree is your idea of an East End Pub, it hasn’t been decorated in over 50 years, yet it’s very popular and often packed, not just with climbers, but jazz fans or just locals wanting a drink or to sit in the park and laze away a Sunday afternoon. 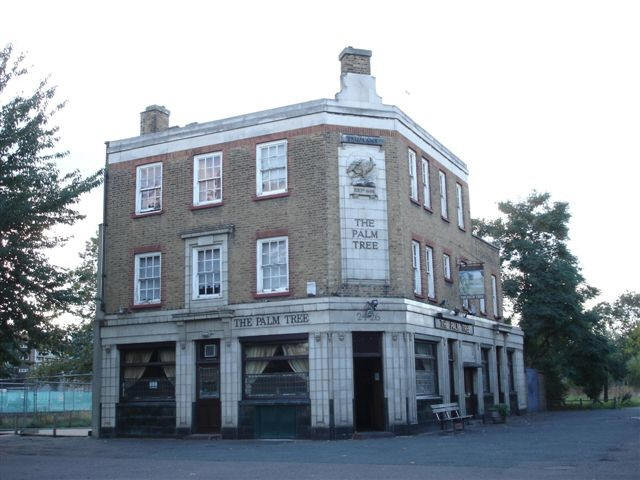 Victoria Park runs alongside a section and is a lovely green space in London and well worth a wander around. There is also a farmer’s Market there once or twice a month*

At the Pitchard’s Road Bridge you can alight the canal to find Broadway Market am odd place, of two cultures that rarely intertwine, you have the Brunch eating, Coffee drinkers and the local Wino population all in one narrow road and on Saturday’s the market is The Place to find Sourdough Bread for £17 a loaf and Olive Oil for the price of a House in Burnley!

When you get to Kingsland Road Basin, a small slipway into an open boat mooring there is suddenly a mass of bars and cafe’s, Towpath is the most popular it seems, it’s often spilling out onto the towpath on a Weekend. Although all directories all say this place is in Dalston, it is not. 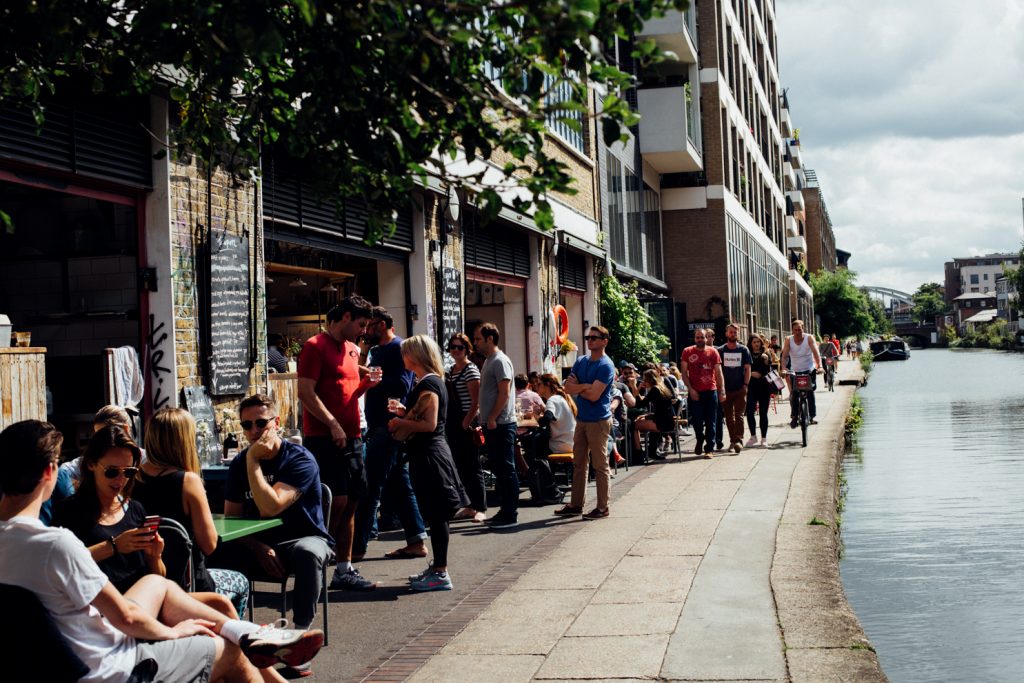 We would mention The Narrowboat Pub but honestly it’s not that great and the staff are just damned rude!

Next up is Canal No.5 the little Coffee Shop at City Road Basin Lock which was pretty good for a cup of coffee and nice views.

The Tunnel under the Angel, Islington is 976metres long and emerges in Bansbury right next to the Regent’s Canal Museum (Not worth a visit, just worth a mention).

Has a lot of steps! The whole area has been built up and made more modern – Coal Drops Yard has a number of restaurant’s, coffee shops and always seems to have events on – which we have frequented more than a handful of times. It’s more on the arty side of things being that there are always art installations and sculptures.

Once the home of the alternatives and punks now seems more touristy and food driven but you can still see the drug dealers on the bridge so thats remained the same. The place itself is made to look more oldie timey but is in fact fake and new and nothing like Camden of pre gentrification.

Where the Feng Shang Princess Restaurant resides on a unique and wonderful floating red pagoda. Supposedly really nice and we are planning on trying it sometime when the world returns to normal.

Then of course you can often see bits of the Zoo and see the African Wild Dogs and sometimes a boar (if you are lucky) then if you keep walking you can get into the Regent’s Park itself. 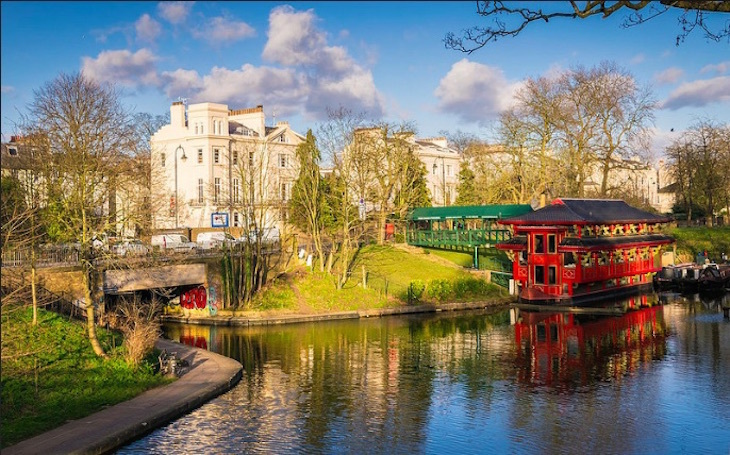 We haven’t really explored this area ourselves – but we have made a vow to (see what we did there) There is supposedly a really nice waterside cafe but we shall see…. 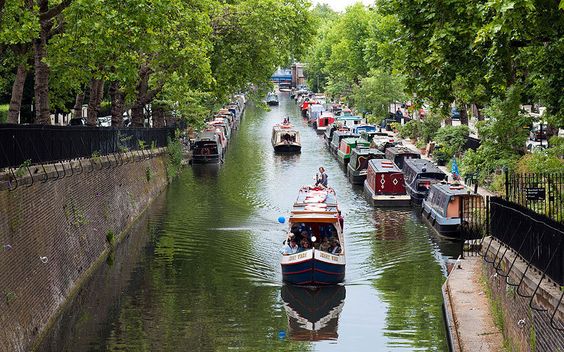 Is the picturesque part of the canal – boasting colourful boats, cosy pubs and restaurants and coffee shops galore. There are a number of water-busses as well that can take you up and down the canal. Not to mention the Puppet Theatre which has free productions every summer. 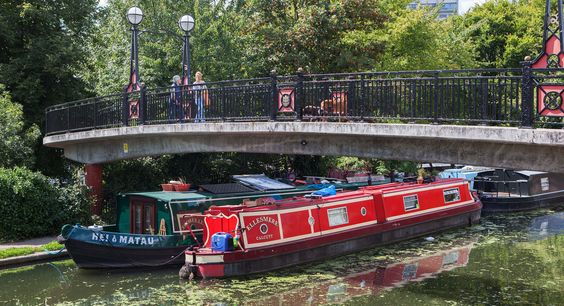 For more information on The Canal and the 200 Year Celebrations visit the Canal & River Trust Website and finally Happy Birthday Regent’s Canal! 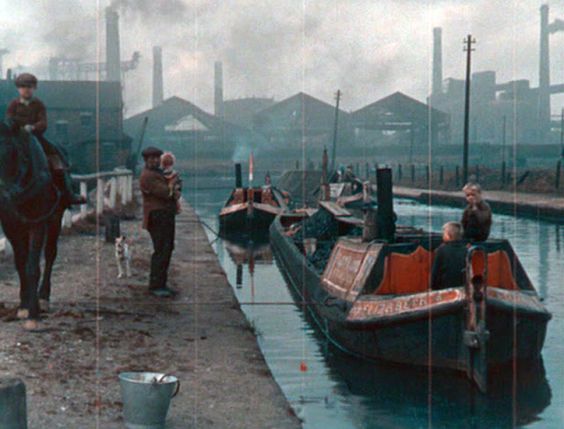 Well there you go now you know where to go and what the history is, you just have to get out and go for a walk along the towpath.

Come back next time for another article and remember to check out our Social Media (Links to the right).