It has been a while since we have taken a look at other walls to climb at as our usual hot spots are just getting a bit boring. We decided to take a trip and go and visit the Arch in Burnt Oak.

It doesn’t look like much from the outside, but this wall has a lot to offer inside.

Before we get to the climbing we should first mention there is a coffee shop and a small climbing shop.

There are lockers and a changing room area, which though basic has cool funky lights.

But if you follow the shiny green lights you end up…

Surprisingly its rather big inside, with a lot of different routes
(not all overhanging shock horror!) 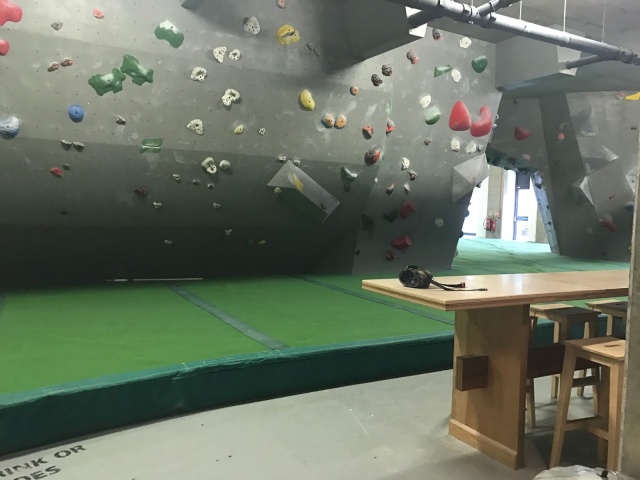 The best part is that there are no similar colored routes next to each other, so color blind people such as myself can actually see the routes and stick to them without having to ask for help.

Sooo many routes! With lots of varying grades and funky angles to play on.

My only dig was with the other climbers, who didn’t seem to be able to use their feet at all (strange)

Oooo look at all the options… 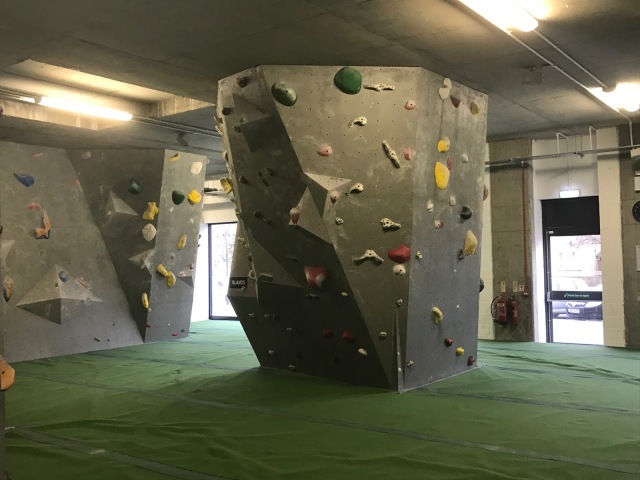 A whole slab to the left and one of the two freestanding boulder to the right. 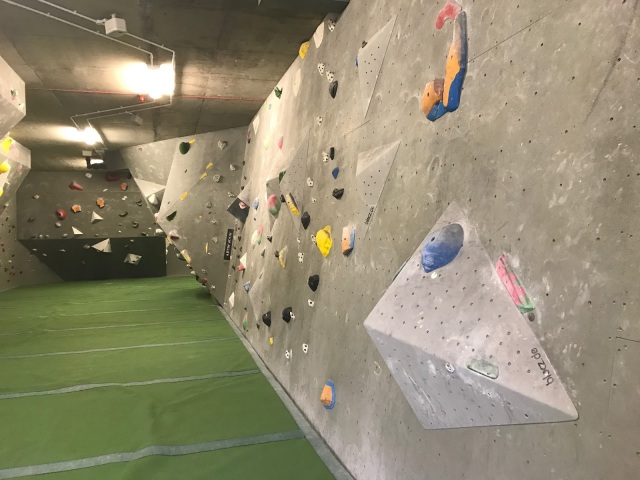 Look at how long that slab is!

Yay! A cave! I do loveeeee a cave! 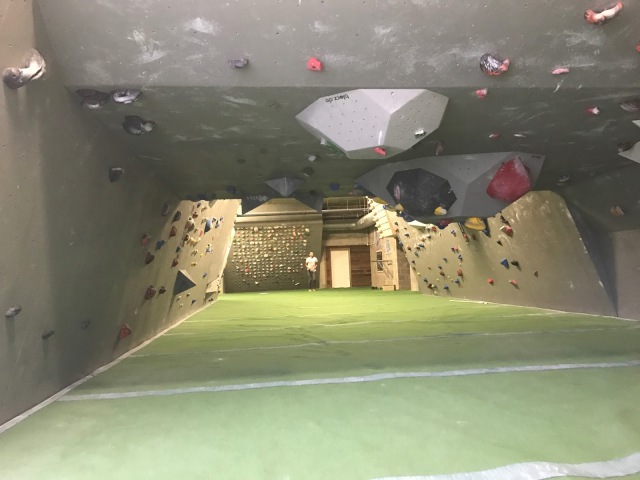 It helped that we had it almost all to ourselves.

A full and varied Campus and Training area too! 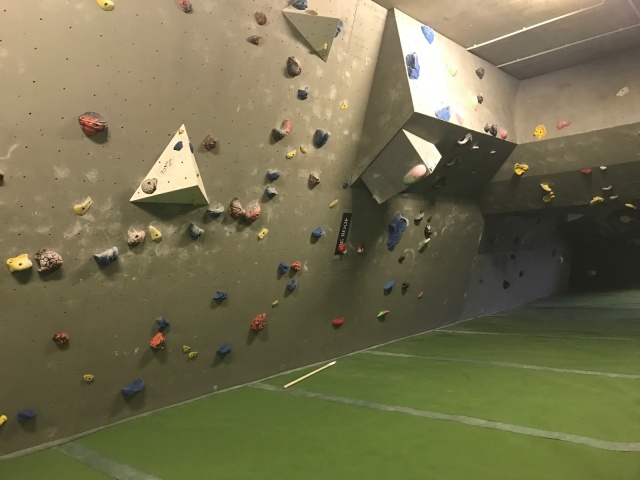 Just look at the routes….. 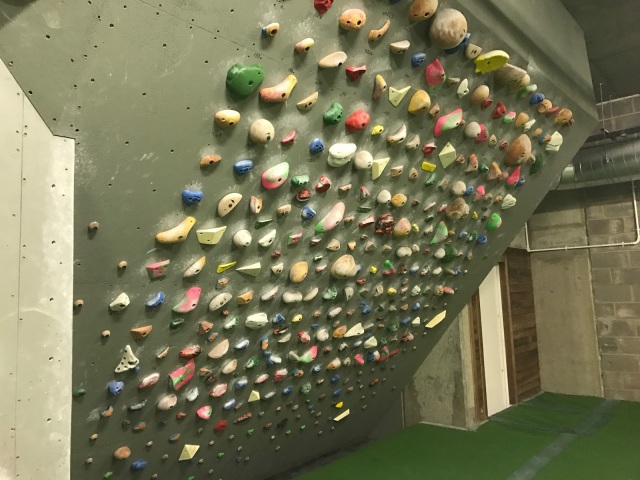 So thats what it looks like inside! It has so many things to do its just a shame how far away from Central London.

Him: I was unsure about going all the way to Burnt Oak to climb in what looks like a converted boiler house, but when we got there and found this, I was surprised. Sure it helped to have the place practically to ourselves, apart from a few foot impaired climbers who seemed to to struggle on the V0’s. I would love to see a traverse route set, that circled the entire outer wall, that would make for a great stamina training session (I understand the problem at busy times but for time like this it could be great).
Overall it is well worth a visit and it will get a revisit from us soon.

Her: As I said, it is nice to have a change once in a while and especially good to be able to do more complex and harder routes, simply because I could see the difference between the hold colours and not be half way up the route shouting out “Is that red or pink?” and then falling off!
Also having gone to various walls before and realising that 90% of them are overhanging it was a nice surprise to have more variation.
I would go so far as to say I wish it was our local!