Two years ago we went to the Great British Beer Festival, this year we returned. Here’s what we found there.

Each year the Kensington Olympia hosts The Great British Beer Festival, a celebration of all things hoppy and alcoholic and yesterday we went to try some of them. This years festival runs from Tuesday (6th Aug) to Saturday (10th Aug) and tickets are £9-11 in advance £14 on the door and there are over a 1,000 beers to try plus strangely there is a gin and wine bar, why? We don’t know and didn’t care to find out (Gin, yuck!).

We (Ash, Bob and some friends) bought our group ticket and saved enough for a couple of extra beers, we checked the beer list, going through it and writing down an extensive list of our own, colour co-ordinated it Red for Ash, Blue for Bob and others that we figured our friends would like and set out, exiting the train as the heavens opened and flooded the forecourt, but that’s just the excuse you need to go to what is practically the world’s largest pub!

Inside we got out our list and started to study, searching for the first beer to start the day off with and as we were at the first bar, we started there. Now as you may know we have very differing tastes when it comes to beer amongst other things, Ash is a stouts/porters and sweet flavours kind of drinker, while Bob is a sours and sharp flavours, but not hoppy, drinker and our friends fall around us, some literally! one friend went straight to the strongest of the strong, the 18% and the like and when we finally met up with him after just a couple of hours, he was leaning sideways and squinting, not a good sign. Thankfully we defused the situation as more and more of our gang arrived.

Here is what we had and what we thought of them.

Unfortunately many of our choices were either already sold out or were not on at the time of us being there, because the bars have 20 taps but forty or more beers, so they have to stagger them. But we did find some replacements.

Rating – 4/10 It’s ok, but has a real sharp aftertaste that has lingered through all the rest of the beers and still the next day is repeating on me, that’s not good.

Rating – 6/10 – Despite this supposedly being a sour, It was just fizzy, not sour at all, maybe the best description was just bitter and I didn’t even finish it!

Rating – 2/10 Yuck, This was a really odd taste, with a bitter IPA taste but then an odd chemical tasting raspberry aftertaste. 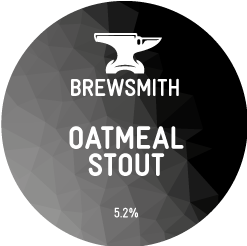 Rating – 7/10 Good smell, fruity but washed out or watery taste.

Rating – 1/10 Literally had just a sample and oh my god it was nasty! It tasted warm and a little of rotting fruit.

Rating 8/10 Yum Tasted like pure Passion Fruit which was yummy!

Rating 8/10 Niiiiiiice! Not to machine made and really nice.

Ash – this was refreshing and not disgustingly sour, I should have had this at the end of the night, when all those porter’s got too heavy.

Rating – 9/10 Yum, This was delicious! So so sour and oh my god yum! You could definitely taste the pineapple but I can’t say you could taste the other ingredients.

Rating 8.5/10 – This was the only stout I tried (except Stay Puft, which I only sipped), that was thick and heavy, all the others were rather watery and fruity, this had more texture and body.

Rating 6.5/10 First time was good, it still had that warm drink sort of vibe and the Blackberries were an aftertaste. The second time it tasted to chemical.

Rating 8/10 – I do not drink cider, I don’t like the taste and it’s a ‘got too drunk on it once’ drink, so usually I avoid it, but this was nice, sweet, but also had a bit of a bite, a Good one for the non cider drinker.

Rating – 6/10 This started off nice and was recommended by the bar(maid), but towards the end of 1/2 a pint it wasn’t as nice.

We also got food, there was a decent amount of veggie options available which was good to see, even the Pulled Pork stall had Jack Fruit alternatives, we settled for 5 bean Veggie Burritos also tried a pickled eggs, well we can say we have tried it! We got flapjacks and

I finally found a T-shirt I had wanted since I was 14 from the Stonewall stall.

When I went to the Tiny Rebel Bar I found they were selling merchandise. I just had to buy a T-shirt and Colstar bought a large coffee mug. We played a few hands of Cards against Humanity, shocking one friend who had never played before and making him rather uncomfortable at some of the answers – weird how some people are so easily shocked!

By the time the last orders bell was rung we were full and had had enough beer for one day, some more than others.

There you go, you can still get tickets and go yourself before it ends on Saturday, or find some of these beers at your local Craft Beer store or bar.

If you liked this post and want to get new ones emailed directly to you, subscribe and also check out our Social Media, links to the side.