Sex shouldn’t be uncomfortable to talk about, It’s natural, It feels good and should be something that both parties enjoy. Over time it’s become less taboo to explore and speak openly about sex, the only thing that hasn’t changed is the Stigma against STD’s and the discussion on safe sex. Well now that changes.

There is an alarming statistic that shows that most schools worldwide teach the method of Abstinence and that’s it. No contraception, nothing and this leaves young people without any knowledge of the risks that come from sexual contact.

Now you might think this doesn’t effect you but trust me it does.

1 in 10 people have some sort of STD and haven’t noticed, this is because sometimes the symptoms are very subtle and hardly notable but in the long run it is doing you a lot of harm and not only that but you may be unknowingly spreading it.

Now I like being safe, I like knowing that I am healthy and that if and when I decide to jump into bed with someone that both of us are safe, and yes I won’t get into bed with a stranger unless I know this information. I think it shows a level of respect and maturity and if whomever I was with didn’t respect me enough, then clearly I shouldn’t be wasting my time on them and if nothing else please take that lesson with you.

I like knowing all of this information but at the same time I don’t particularly like going to the doctor and the concept of a gynaecologist still gives me nightmares.

This is where SHL.UK becomes what has been missing. This website enables anyone, of any age to request a home testing kit. Which is brilliant for someone like me (Bob) who would much prefer to swab my own vagina then let some random nurse do it for me.

Generally you should be getting an STD check once a year, however more if you are sexually active with different partners, even if you are using a condom. Always remember that you can catch STDs from other things, it doesn’t always have to be from sex, so its better being safe than sorry.

This site is for everyone, meaning male, female, trans, straight, gay and everything in between. Literally you fill out a questionnaire which asks about who you have sex with (not the names, but the gender) What kind of protection you usually use, Have you had an STD check previously, etc.

Then they put together a home testing kit catered to your needs and send you a notification that it has been posted.

2 Days later the test arrives, in a subtle brown box with no definitive markings – for privacy.

Now I ordered one a week before I suggested that Ash tried it, so we could compare what we had to test between male and female.

So lets start with Bob 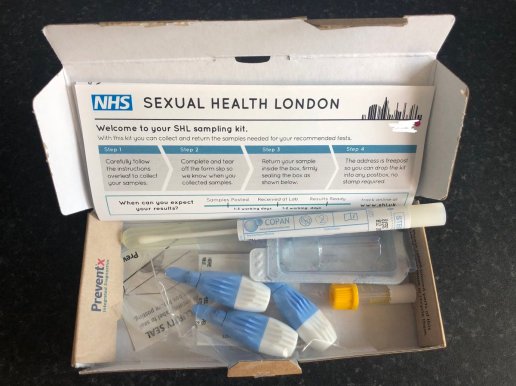 The swab was pretty straight forward, very similar to using a tampon, no discomfort, no pinch, just insert the Q-tip, swirl 5 times and then without touching the head place it securely into the sample tube.

Then came the blood, you have to fill it to the 600ml marker in a little vial. This part is a little more nerve wracking, I found myself trying to psych myself up to push the lance into my finger – I am not scared of needles or anything just for some reason the amount of force you have to put on these little pods just freaks me.

You get 3 Lances, so 3 chances, I was overly confident and thought that I would only need 1. I was wrong! The first finger I pricked barely bled, there was a drop and then almost immediately the prick sealed up (I heal pretty fast). I had to use another, this time it worked (maybe a little too well) blood spurted from my finger, filled the vial almost to the brim and then took a further 5 mins to stop.

I placed the small plaster that came with the test on my finger and turned the vial upside down 5 times and then placed into the secure packaging.

All done, I filled out the info and then packaged it all up in the free postage box, Yay! and secured it using the sticker and then went to the nearest post box.

About a week later I got a text, telling me that my results were in and to log into my account to see them. No surprises, I have been very lucky and thankfully have never caught anything more than a cold.

No just kidding (I hope!)

My kit came with a pouch for a urine sample and the blood lances. The pouch is well designed, weird to think someone designed a foil bag you use to pee in, but whomever did, thank you I avoided pissing all over my foot and deposited the liquid in the vial provided and sealed it.

The blood however was a little more difficult! Let just say… 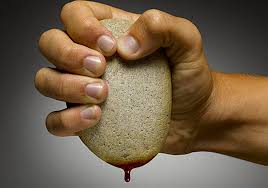 I pricked one finger and pretty much nothing happened, I didn’t have a problem puncturing my skin, I just have bleed issues, I either don’t bleed or I don’t stop. A tooth extraction a few years back left me looking like…

So a second lance was used and slowly, very, very slowly the vial was filled (just) and the little plasters were applied, I wondered how well I’d do if it was down to me to enact a Supernatural Location Spell, you know where you slice open your palm and the blood drips out!!

I got an email two days later saying the package had arrived and was being sent to the lab, another two days and another email, this time with the results. of course it was all clear as I figured, but it does give information about possible problems and immunity deficiencies, etc to watch out for, which is good and not long winded either.

So if you want to know that you are all clean and healthy (& why wouldn’t you, then go to https://www.shl.uk and order your own little brown box and check your health secretly and privately.

Well that’s another post from us, we hope this was helpful and we hope you’ll come back for more next week.