When you have a health issue that your standard GP cannot resolve they usually send you on to someone that can. This is usually a Hospital, and depending where you live you will be sent to  your closest (unless you demand otherwise which can be a struggle) This will greatly show what kind of treatment you will receive. For some this is brilliant and for others you can actually leave with more wrong than you started with.

Side Note – We are talking UK NHS Hospitals and staff not Private, unfortunately we are not in that position (but we wish we were)

The idea with the NHS is that you go to a Hospital and they are suppose to treat/fix your aliments for free, at least that is the idea. These days though it’s more the case of go to the Hospital for an appointment, wait in a waiting room for over an hour to see a Doctor who does not apologize but instead fobs you off and tells you to stop waisting the doctors time. This is the standard treatment but believe it or not we have experienced worse.

For Life threatening emergencies only – you can imagine that there is a lot of ailments that wouldn’t necessarily be life or death but still you need help. What with the long waiting times at GP’s at my local it’s about a month to get an appointment – this is a good time, some you may not be seen for two/three months. Even if you do see your GP you may find they cannot help then you are back to the drawing board on an infinite waiting list that could take the best part of a year. If you fear something is wrong just wait you may or may not make a bad situation worse, but who really cares? Obviously not the NHS.

Imagine you have broken your leg, It’s Saturday, You cannot walk and are in excruciating pain, you have no idea what to do, where to go. It’s not life threatening so you cannot go to A&E, you have a month till you can get in to see your GP but you suppose the best they can do is maybe fit you in for an emergency appointment but that won’t be till Monday. I guess your only option is to carry on, grin and bear it and hope that when Monday comes someone will be able to fit you in to give you a referral to a decent Hospital.

Alas you have about 2 ‘Good’ Hospitals with an A&E in Central London out of approximately 10, this is based on our personal treatment and of the reviews and articles of others.

Most Hospital clinics refuse to admit patients, refuse to authorise scans and tests saying it’s too expensive to waste money on MRi’s or CT Scans, blood tests and Ultrasounds. Patients are expected to know what is wrong, but not tell the doctor, because a ‘know it all’ patient is the worst kind of patient and is immediately discharged for questioning the all knowing profession.

I have been incredibly unlucky the past few years, with a number of ailments that I have had. I have had almost three years of appointments, follow ups, GP appointments galore, Scans, MRI’s, CTs, Hundreds of Blood Tests, Ultrasounds you get the idea. I am also one of those patients who like to know my diagnosis, my treatment options and what the precise prescriptions are for, I will also question my treatment, especially if I disagree or feel like there are alternative options.

Having experienced more than our fair share of hospitals over the last few years we have had some horrendous experiences, some were the most ridiculous appointments that we have ever attended.

This has culminated in us having to share what has happened and reading some of the stats we were dumbfounded and solidifying our opinions on some of London’s NHS Hospitals.

We will go into further about individual hospitals but this was more of an overall rant or post about the NHS in total. The ridiculous waiting times, the ability to fob of people who are really in need. There are signs all around Hospitals of treat the staff with respect but 90% of Hospitals have rude staff who shove, push and snatch and can even tell you to ‘fuck off’ I kid you not this has happened not once but a number of times primarily in Homerton University Hospital.

The NHS is failing! Severely understaffed, rude and the waiting times are beyond a joke. If you have a broken leg for example you are told, don’t use it, don’t move it and just keep your leg up and relax. They will wait and see if the bone heals itself. If it is worse in a year or two they ‘suppose’ they will have to do something about it but in the mean time just take some ibuprofen and go away.

When we have been abroad or even spoken to some friends who aren’t from this godforsaken country they have all shaken their head and told us that the Medical treatment in this country is “shit!” even doctors who are not from the UK admit to this country health care “Beyond Crap’

Given that we live in North London, We have only had some experience with the 10 Hospitals in question. We have had dealings with some of lesser non A&E clinics/hospitals, here is what we know in brief. This is where the Virgin Hospital Helicopter lands. It has a fast flowing A&E meaning less than 5 hours to be seen. It has been a while since I have had treatment there, it is a pain to get to and its not a pleasant area to be in. It seems to have been updated in the last few years and apparently according to a lot of the reviews its more of an issue of booking and phone lines.

Neither of us have been seen as a patient in this Hospital, being that it’s South London. That said it seems very highly rated and having been a visitor and experienced a lot more respect, help and over all it seemed welcoming and clean.

This is the Hospital that we have used the most in the past few years and have seen a marked decline in the quality of treatment. Since the building has been upgraded the staff seemed to have deteriorated. Now you are lucky if the doctor even bothers to show up, you usually get a nurse or a registrar to take the appointment. You are lucky if you even get a follow up, let alone treatment.

Neither of us have had any dealings with the branch at Denmark Hill but have tried to get appointments with some Annexes, spotted around. Try is the main word, they are a nightmare to get an appointment with. This seems to be the case on any review as well. 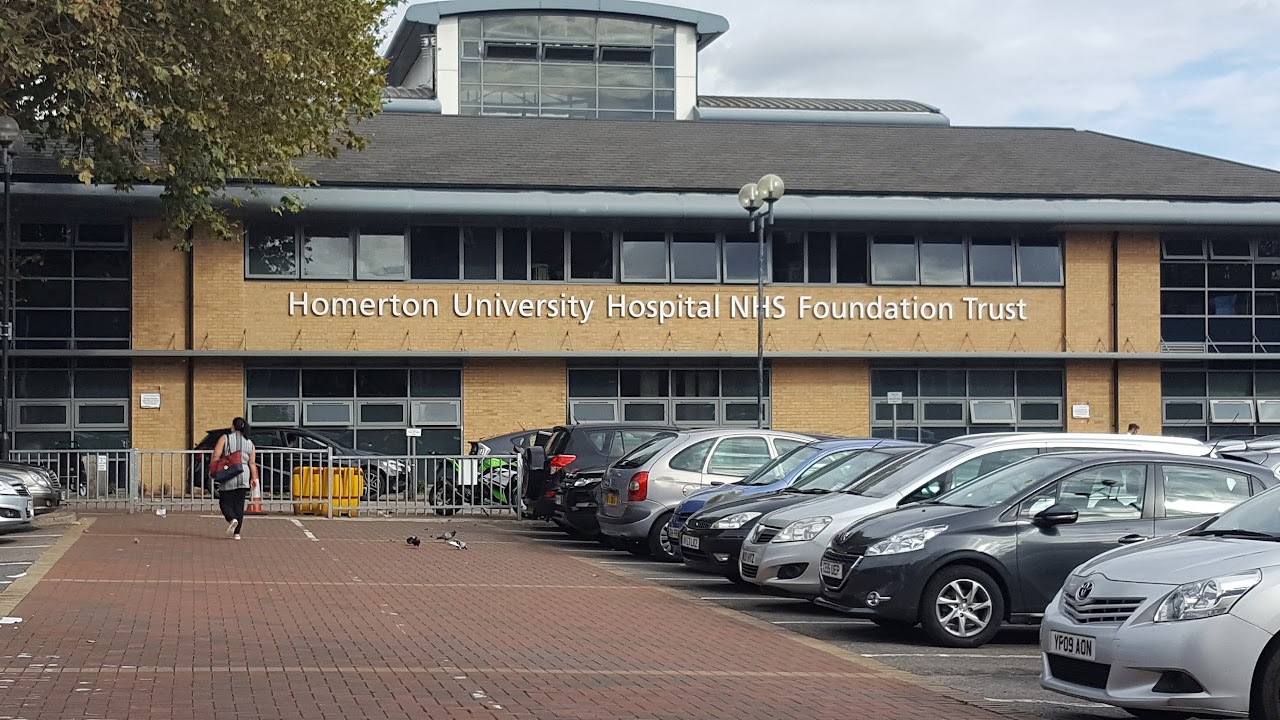 This is possibly the worst hospital in London. The staff are RUDE! The Doctors are RUDE and Dismissive and the Hospital is normally filled with addicts, dealers, muggers standing outside ready to pounce. I loathe this Hospital and the treatment (though I say this term loosely) or your lack there of, it’s the worst I have ever been to.

Neither of us have had much of a dealing with here which is surprising being that it is supposedly awful. There is still time though.

Looks nice and is bright and airy and has a cat! We have both been seen here and Bob has had an X-ray there, where they didn’t want to move the machine so they wouldn’t X-ray the body part that needed to be done so instead did something else. Ash has been stuck in the A&E for 9 hours before, where he was told he needed an operation but go home for the moment, he was then dismissed before anyone actually did anything. 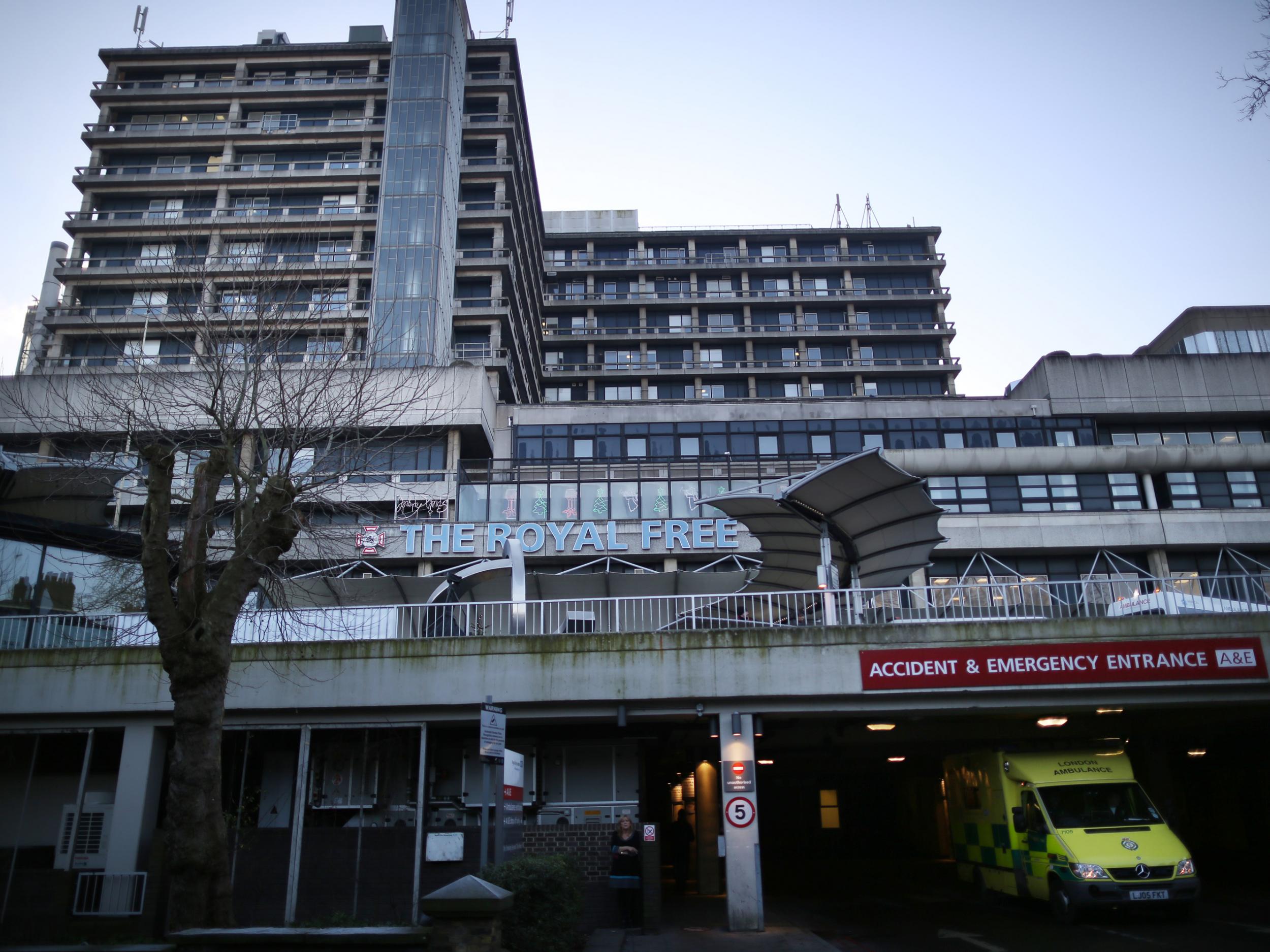 This is a new one for us, the operators seem to never pick up the phone. The building is a big grey carbuncle and the interior is a bit outdated, very 70’s and no signage. However the appointments tend to be on time, the staff are actually pleasant and helpful and even honest. It even has a nice coffee shop. Now we only have to move to Hampstead anyone want to trade?

Of course this place would be nice! There’s violinists, pianists, fish tanks, modern art. This looks more like a creative arts college than a Hospital. Also there is rock climbing outside! 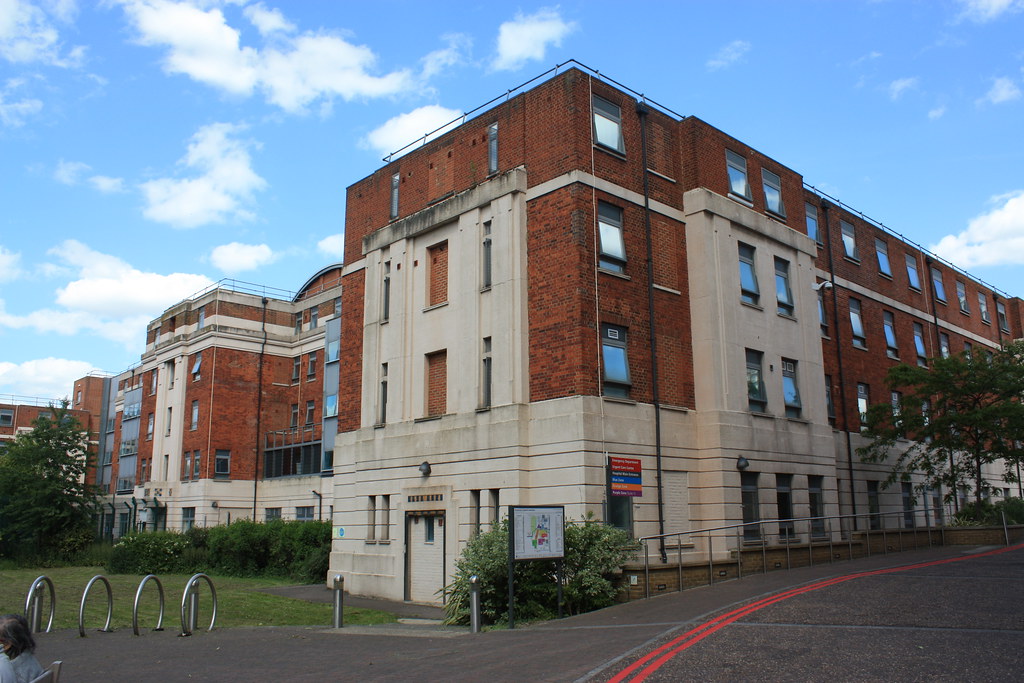 Never been here and it seems we never want to.

So yes the NHS is free but then again it’s free from actually treating anyone too so where do we get our health care? The answer in the UK is you don’t. Unless of course you go private?

How’s your experience with the NHS?